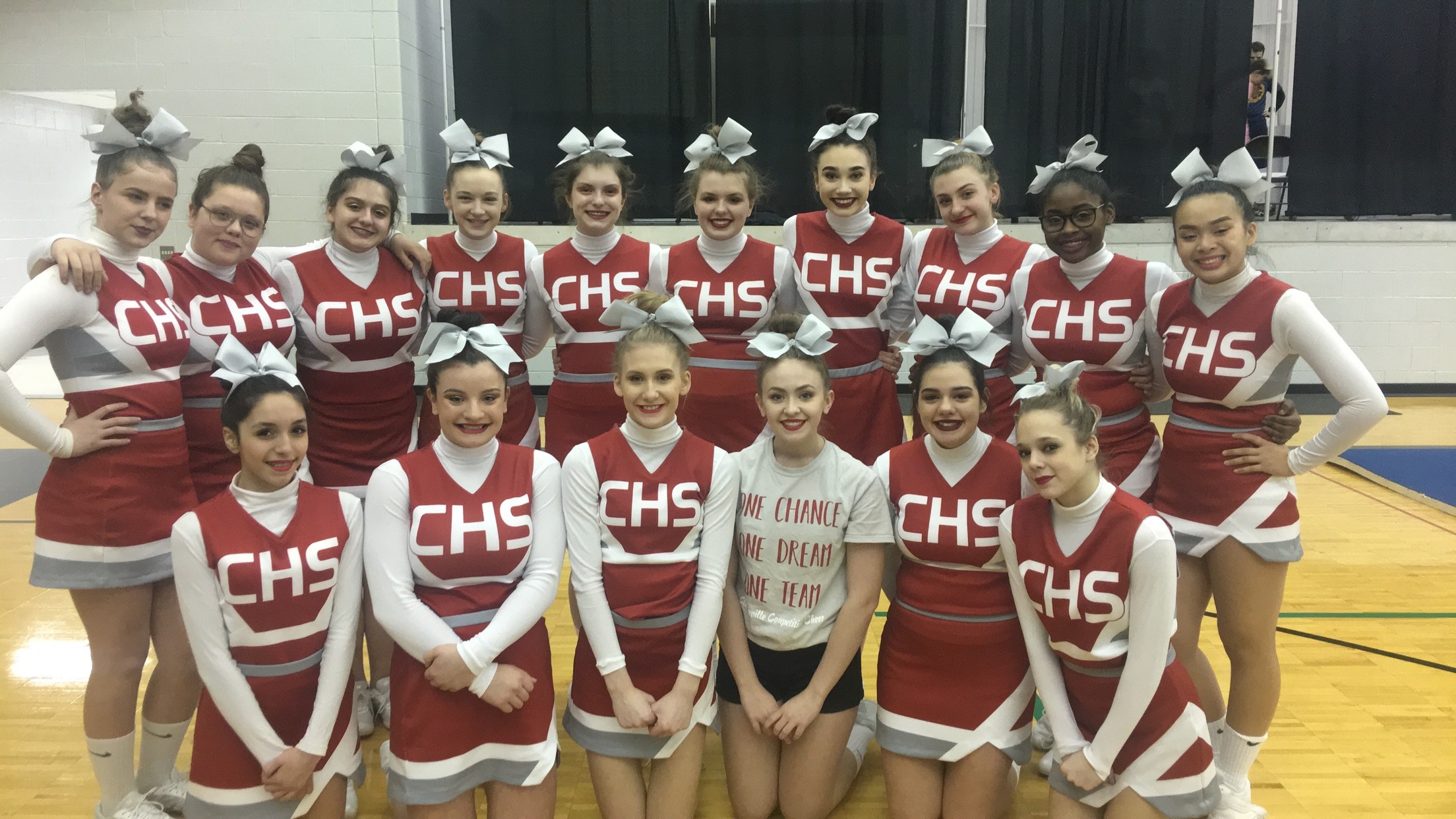 The Clarenceville Competitive cheer team came in 2nd place at Lutheran Westland. The girls received a score of 207 in round one. This was a 16 point increase from their last competition. They also met a team goal to score over 200 in the round! In round two the team received a score of 184. This was a 27 point increase from their last competition. In round 3 the team received a score of 239.25, which was an increase of 29 points from their last competition. The Trojans improved tremendously despite obstacles presented with several injured athletes. The girls welcomed Junior, Trinity Impola to the team this week, and she did an amazing job by learning a part for all three rounds! The girls were also excited to have Sophomore, Bri Lockrey back into all three rounds as she was previously out with a concussion. Sophomore, Skylin Shourd was added to round three as a backspot and worked hard to help her stunt group succeed! Junior, Sabrina Gayles earned a spot in round one for this competition and did amazing! They worked hard to make changes and adapt, while still coming together to work as one. They compete again this Saturday at Grosse Ille High School at 10:00 am.

No Events This Week

Events are added by athletic staff.
View All Events